A better meal replacement to help you reach your weight loss goals. 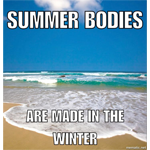 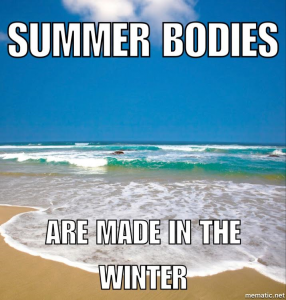 I have spent many summers wishing that I looked better in my swimming suit. Often April or May would roll around and I would think, “I better hurry and get my body ready for this summer!” Mid May would roll around and I would be trying to figure out how to lose 20 pounds or more in two weeks. Newsflash! Summer bodies are made in the winter! For most people it will take more than a few weeks to get their bodies in the shape they want to be in for the summer.

The only safe way to lose weight unless you are under the direction of a doctor is about 1-2 pounds a week. The nice thing about losing weight at this rate is that small changes in your eating habits and activity level can achieve this. I have often been caught in the trap of thinking that I really need to lose more than this amount to be where I want to be. I would go on strict eating plans and tell myself that all of my favorite foods where off limits. Sometimes, it would work for a little while; I would lose weight fairly quickly and feel deprived the whole time until I finally caved in to my favorite foods. Other times, I wouldn’t lose weight as quickly as I wanted to and I would just give up. After one of these occasions I looked back and realized if I had just made smaller changes and started in January or February I would have been much closer to or at my goal weight by early summer.

One of those simple changes could be replacing one meal a day with our My Support Shake. This shake is delicious and high in protein, fiber and vitamins. It is also very low in calorie but keeps you full for hours! You could also replace two meals a day with the My Support Shake and then eat a well-balanced dinner to lose weight a little faster. This is a great and simple way to reduce calories so that you lose weight in a healthy way.